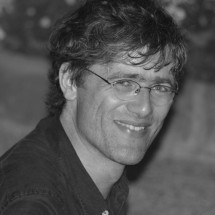 Michael Nonnenmann studied music education with a focus on conducting at the Staatliche Hochschule für Musik Mannheim-Heidelberg and Protestant theology at Heidelberg University. He is one of the directors at Christophorus-Gymnasium and has been leading the Christophorus-Kantorei since 1993. In addition to that, he works as a juror and expert for choir competitions, festivals and further education programs. He developed a model choir class which became the basis for a successful choir teaching within the state school system. Furthermore, he developed a concept for coaching choir leaders: Choir members get the opportunity to pass the aptitude test for church music and be recommended to regional amateur choirs. Michael Nonnenmann is a scholarship holder of Deutscher Musikrat and was awarded the communal Kulturpreis in the town of Altensteig. It has been under his leadership that the choir has won multiple prizes. 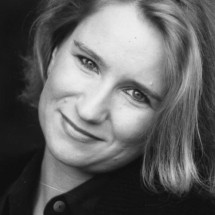 Jeannette Bühler was a member of the Christophorus Kantorei and discovered the joy of singing there. First she studied singing at the Staatliche Hochschule für Musik in Trossingen with Prof. Monika Moldenhauer and graduated as a concert soprano. Numerous master classes with Edith Mathis and Klesie Kelly expanded her vocal studies. Meanwhile Jeannette Bühler has become a concert soprano in international demand. Among others she worked together with Helmuth Rilling (Internationale Bach-Akademie), the Bayerische Philharmonie in Munich and the Bach-Akademie Zürich and appears regularly at international festivals.

For Jeannette Bühler it is important to develop joy and love of music in young people by singing. The aim is to enable them to use their voices without pressure and effort when singing or speaking, so that singing is a pure pleasure “without side effects”, such as hoarseness or fatigue. This is specifically achieved through exercises in posture, breathing and vocalization. Therefore, working on one’s own voice has a positive influence on personal development and promotes self-confidence. 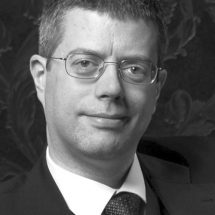 Samuel Schick was introduced to singing at the age of eight in the Aurelius Sängerknaben Calw (Aurelius Boys’ Choir Calw) and during secondary school with the Christophorus-Kantorei, a concert choir, where his passion for music covering the full spectrum of its historical styles was awakened. He studied musicology, education and philosophy in Tübingen, and while studying was given private voice coaching from Susan Eitrich in Reutlingen and Prof. Andreas Reibenspies in Karlsruhe. He received additional key inspiration through master classes with internationally known teachers such as Emma Kirkby, Maria-Christina Kiehr and Peter Kooij.

After completing his studies with a Master of Arts, he worked eleven years with the Aurelius-Sängerknaben as choirmaster and voice coach, before devoting himself again academically to a large-scale publishing project on the Renaissance music of the Abbey of Saint Gall.

The aim of his vocal teaching is to develop the voice in a natural and healthy way, and to encourage young people in the formation of their musical personalities to have fun with the expressive possibilities of their own voices.

Samuel Schick sings as a soloist with the university’s Choralschola Tübingen. His own projects as a bass-baritone and harpsichordist deal mainly with music of the 17th century. He was involved with the Aurelius choir on a number of CD recordings as a soloist and organist. 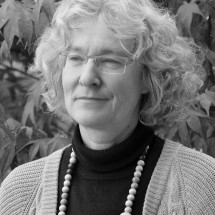 Susanne Schuler Meybier received her organ training with Prof. Rolf Schweizer in Pforzheim. After that she studied musicology and music education with a focus on piano, which was followed by further diploma studies in song accompaniment with Prof. Rudolph Dennemarck at the Academy of Music in Karlsruhe. She also received a teaching assignment for coaching there and has been a sought-after accompanist in numerous recitals. In Altensteig, she has accompanied the Christophorus-Kantorei as a concert organist and has been teaching piano and flute at the music school.